Just trying to change the world one sequin at a time. 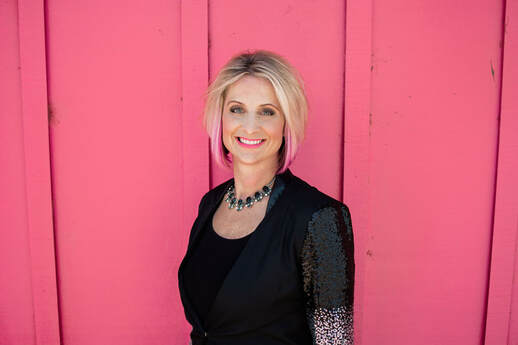 ﻿PINK EGGERT ~ Owner/Principal Director, Tap, Jazz &
​Hip Hop Instructor
Pink began her dancing career in 1983 at the age of 3 under the instruction of her late mother, Jan Colleknon.  During her years of training in tap, jazz and hip hop at the Tillamook School of Dance, Pink participated and performed at numerous county, statewide and national events.  Performances included Tillamook, Seaside and Garibaldi parades, Tillamook County Fair, Oregon State Fair, Tillamook Moonlight Madness, Tillamook County Swiss Festival, Lloyd Center and Beaverton Mall performances.  While in High School, Pink was a member of the Tillamook High School Dance team.  The team performed at local football and basketball games, state playoff games at Portland State University,  the University of Oregon and the University of Portland as well as OSAA competitions.  Pink also trained with the Blazer dancers at the NIKE campus as a Jr. Blazer Dancer,  L.A. Dance force where she studied tap, jazz and hip hop.  The National Dance Association, National Cheer Association, Northwest Dance Company and Just For Kix where she was recognized with the “Firecracker” award, She was also awarded “Top Overall Performer”  with the National Dance Association as was recognized as being an  All-American.  In 1994, Pink traveled to Miami Florida with 5 other dancers from the Tillamook School of Dance to perform on New Years Day at the Orange Bowl with 500 girls from around the United States.

After graduation in 1998, Pink continued her dance training at college where she studied ballet, tap and jazz. Pink taught hip hop classes in the Portland area  while in college and  assisted in choreographing state routines for Parkrose HS, and worked with the Banks High School Cheerleaders.  In 1999, Pink worked with the Blazer Dancers and was a top 25 finalist out of 300+ dancers, from that experience, Pink was offered a job with radio station “The Fan” to work in public relations for the Portland Trailblazers and has been a competition judge for “Dance Magic.”

Pink returned home to take over the family business which her mother founded in 1962.  Besides being a wife and a busy mother of 3 kids,  Jaxsen (14), Colton (8) and Brynlee (4), she is busy leading her students in performances all around Tillamook County as well as Outside of Tillamook County on a national level.  Students from Tillamook School of Dance have been seen performing at halftime of the Portland Trailblazer games. 16 students traveled to San Diego California with Worldstrides Heritage to perform in the Holiday Bowl halftime show, where our dancers were honored to work with Mandy Moore from “So You Think You Can Dance”, the Rockettes and the San Diego Charger Cheerleaders and.  Our students have danced down Main Street USA in Disneyland with Dance The Magic performing in  the ABC Disney Parks Christmas Day Parade with the  the cast of Teen Beach Movie and the crew from Monster's University! 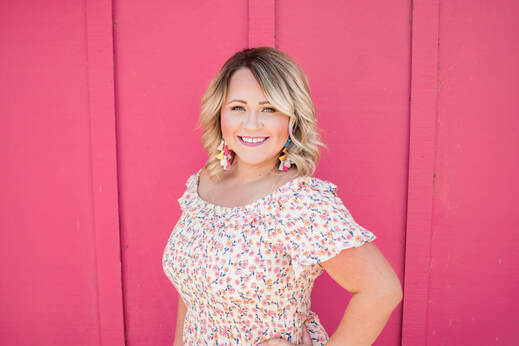 DENISE SILVEIRA~ Youth Cheer Coordinator,  Cheer Instructor
Denise Silveira began gymnastics at 5 years old in Modesto California where she was born and raised. Throughout her elementary school years she took ballet at Juliene School of dance and Jazz and Tap at Modesto Dance Academy. In Junior high she successfully tried out for the school dance team, Local Motion and later the High school dance team, Perpetual Motion. As a senior in high school she joined Cheerleading and continued cheering her freshman year of college where she choreographed the half time routines for the Modest Junior College Pirates.

​Denise married her high school boyfriend Stephen in 2009. While pregnant with their first child in 2011 they relocated from Oakdale California to Tillamook for the families Dairy Business. Since then they’ve had 3 little girls, Reese 7, Avery 6 and Quinn 4 who all started dancing at the age of 2 with Tillamook School of dance.

In 2018 Denise and Ashley Rushing thought about the possibility of starting a Youth cheerleading squad in Tillamook. The first year was such a huge success, that Tillamook Youth Cheer partnered with Tillamook School of Dance. As a part of Tillamook school of dance, we now have an established home and an opportunity for growth. 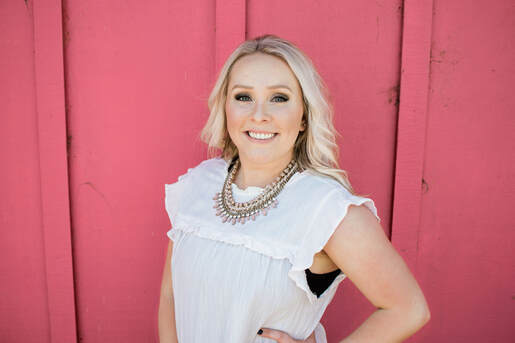 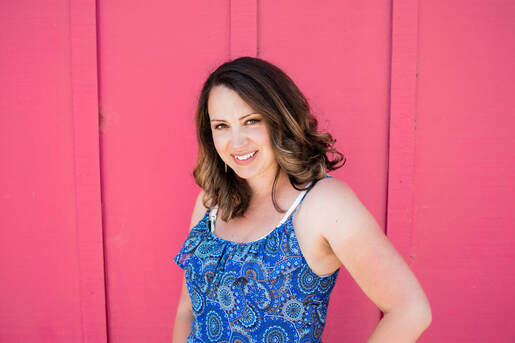 ﻿DANIELLE HARPER~ Ballet, Pointe & Technique Instructor
Danielle has been dancing for over 20 years.  Her training began with ballet and throughout the years,  she studied different styles such as jazz, hip hop and tap. Danielle was a competitive dancer while in Jr. High and High School, competing all around the Portland and Seattle areas.  In High School, Danielle began learning about the audition process and after graduation, she worked with the Seattle Seahawks “Seagals”.  While attending Lane Community College,  she continued her passion of ballet training and experienced her first Modern Class. Danielle's current teaching style incorporates her roots in classical ballet with more of a contemporary feel.  She likes to mix other styles of dance with ballet to make it fun and unique. Dance is coming full circle for Danielle and her family as she now gets to watch her two beautiful daughters take the stage to carry on their
family tradition. 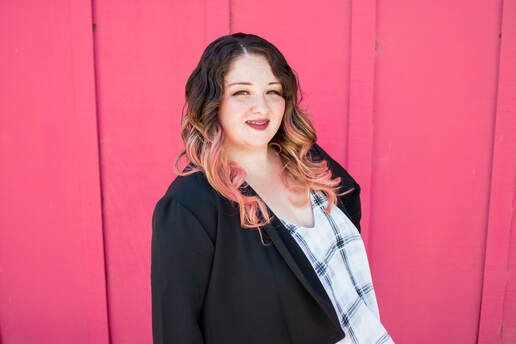 ﻿CHELLA HERDER~ Ballet, Contemporary, Broadway, Hip Hop, Latin, Broadway & Musical Theater Instructor, Event Director
Chella has  been dancing since she was a little girl.  She was a member of the Oregon City Dance Team while attending Gardner Middle School in Oregon City.  It wasn't until the summer before High School that she took her first dance class at the Tillamook School of Dance and has been there for nearly 12 years.  While attending the Tillamook School of Dance, she took lessons in tap, jazz and hip hop and was an assistant student teacher in both the pre-school and kindergarden classes.  While in high school, Chella participated on the THS Dance Team where they performed at Oregon State University.  She was a member of the Vocal Ensemble and choreographed several musical such as Pom Pom Zombies, Beauty and the Beast, Wizard of Oz, and many more.  After graduating high school in 2005, Chella moved to Portland to further her dance education.  She studied Ballroom, West Coast Swing, East Coast Swing and Salsa at Billings Dance Academy, Viscount Dance Company, Vega Dance Lab, and Elite Dance Studio.  In 2009, Chella began teaching a variety of classes at the Lincoln City Cultural Center in Lincoln City. In 2010, Chella performed at halftime of the Portland Trailblazers basketball games as a Jr. Blazer Dancer.  Chella has taught Creative Movement, Teeny Tiny Hip Hop, Preschool Tap and Jazz Classes, High School Hip Hop and Adult Fitness classes at the studio. Chella is currently teaching our Hip Hop, Musical Theatre, Contemporary, Street Funk, Latin and Broadway classes as well as numerous private lessons.  Chella has also traveled to San Diego California as an assistant director for the Tillamook School of Dance Holiday Bowl All-Star Performance Team. 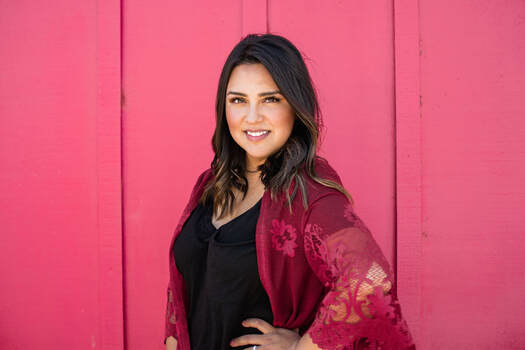 Ashley has been in cheer since she was 6, doing youth cheer clinics, cheering in youth cheer programs for CCYF and later becoming a Woodland High School Cheerleader.  Once she moved to Tillamook, she took on the cheerleading coaching position for Tillamook High School for two years.  Upon taking the reigns as the THS cheer coach, Ashley brought a new,  fresh and exciting feel to the high school cheer program, emphasizing discipline,  structure and work ethic.  Ashley is very focused on making sure that Tillamook Youth Cheer learns all about sportsmanship, patience, confidence and hometown pride.